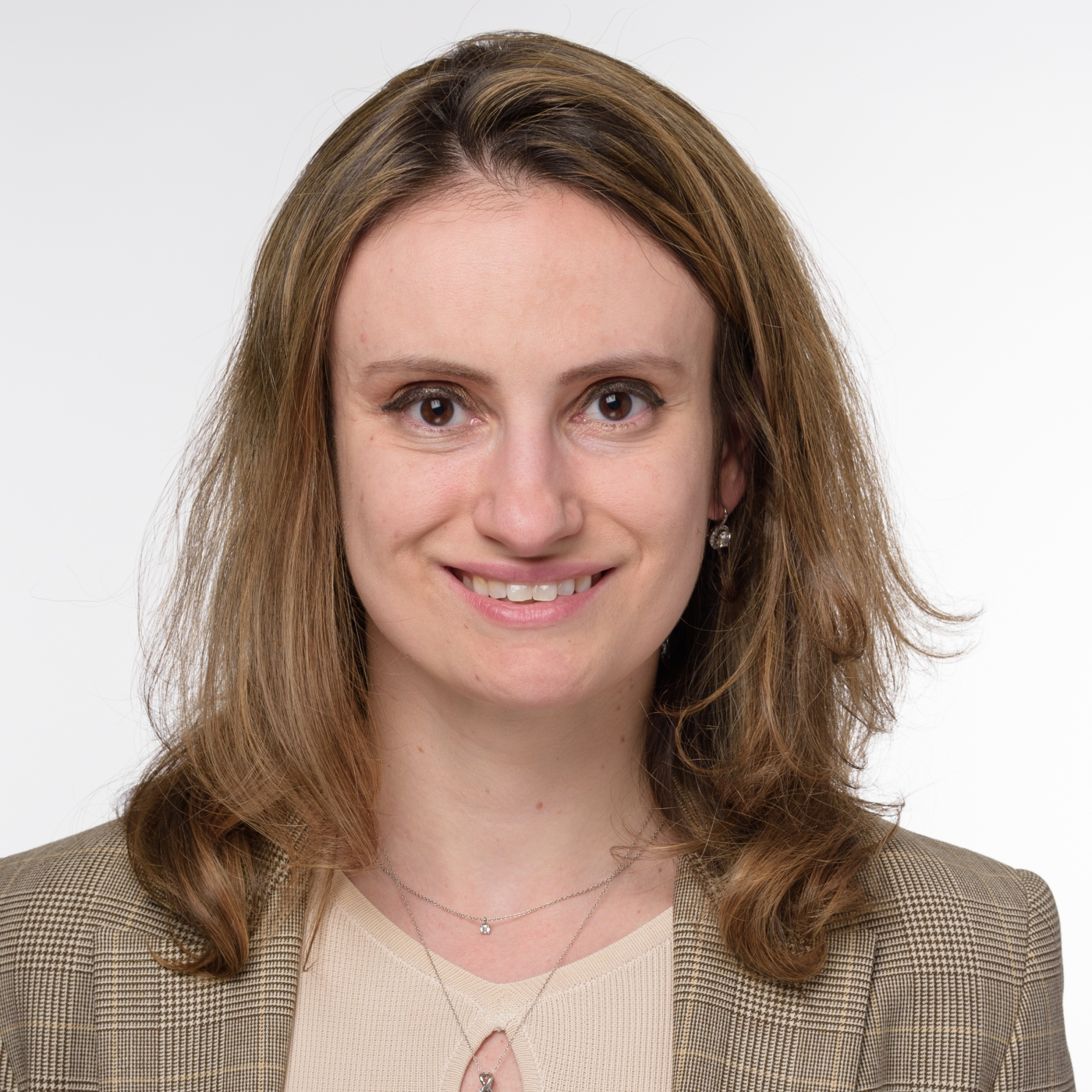 This interview was originally published on Convergence Initiative on 7/31/20 by Mia Cardenas and Cecilia Kramar.

MC: What is your story? What was your call to action to become an artist?

YZ: Ever since early childhood, I have greatly admired my father for his artistic abilities. Though my dad is not an artist, art somehow seeps through everything he does. After finding out that he is really good at drawing, I started coming to him with all of my art-related questions.

The earliest memory is probably when I was about 5 or 6 years old. I had a large collection of vinyl records with fairy-tales and would play one of them as I was going to bed every night. I still remember that I had 2 versions of Cinderella. One had a single large vinyl record and the other one consisted of two smaller ones. I liked the story on the second set much better for some reason. But the case for the large vinyl had a majestic image of the royal palace (green for some reason) with Cinderella running down the stairs and leaving a crystal slipper behind. It filled me with awe. At some point, I attempted to copy the picture, but failed miserably. So, I called my dad to see if he could do it. With wonder, I watched as he systematically broke down what seemed to be a super complex composition into its separate elements and using a ruler, magically recreated the castle in perspective. I wanted to learn how to do it!

I have always been very introverted. When I was 9, my family moved from Russia to the United States. It took me a while to adapt to the new environment, get the hang of the language and make new friends.  Art was always there to keep me both occupied and entertained.  I would regularly think up new projects and spend several days working on them.  I remember one year (probably during middle school) I spent the entire summer lying in front of the TV watching only arts/crafts and interior decorating shows and constantly having my own creative projects in my hands.  I would paint, crochet, make lace, and macramé among others.

Ironically, while art started out by keeping me company when I was lonely, now that I am a mother of two very energetic young girls, it is a way I get to spend time alone.

MC: Who or what was the guide that helped you formulate your vision as an artist?

YZ: In addition to my dad, I can think of two major guides. When I was in 7th grade, I had a wonderful art teacher who taught us the basics of acrylic painting. My favorite project in his class was painting a pastel flower arrangement. He taught me the major concepts of shading and blending paints and emphasized the importance of painting what you see without creating artificial black contours (which were taught in other classes).

Around the same time, I started gaining interest in biology. I had a fantastic biology teacher in high school, who also happened to create all sorts of art in his spare time.  We became artistic soulmates. During recess, I would come to his class and we would discuss what novel techniques each one of us was learning. When I got into making lace, he constructed a loom for me to take home. Another time, he Xeroxed a whole book worth of macramé instructions so I could have a copy. I recall my tendency of going home and starting with the most difficult project on the very last page. The funny thing is that neither one of us thought of art and science as complementary passions at the time.

MC: Did you have an abyss or dark night of the soul? Have you experienced a return?

YZ: When I finished high school and went off to college, I did not have as much time for Art anymore.  It started to slowly slip away.  Things got even busier when I started graduate school and met my now-husband.  My time was divided between getting everything done in the lab and spending all of my free time with him.  At some point, I made a weak attempt to bring my beading supplies to my dorm room, but they ended up never leaving the basket.

Fast forward several more years. I got married, found a job, and had two daughters. Life was going as planned, but it also left less and less time for me and my passions.  I was overwhelmed by motherhood and began to feel like I was losing my sense of self. In 2016, I joined my husband on a trip, where he attended a conference and I enjoyed a mini-vacation.  It gave me some time to think and I returned home determined to bring art back into my life.

A year later, I lost my job as a scientist at a neurology-focused biotech company that I truly loved. For financial reasons, the company made a hard decision of cutting its whole Research and Development department. In the following weeks, during one of my informational interviews with a pharma company, I was told that currently “neuroscience is the ugly step-child” of pharma and biotech. No one wanted to take the risk of doing drug development in a field that had such a low success rate of drug approval. Somehow, I felt personally hurt by those words. It felt like I was losing my identity and I had to heavily rely on art to keep it intact.

Through my art, I retained my connection with neuroscience.

MC: What has it been like building Neurobead from the ground up?

YZ: Like most artists, I prefer to think more about the art than the business side, but both need to be taken care of. One of the most challenging tasks for me has been creating and maintaining my website and continuing to blog about my work. I think of myself as a primarily visual person and do not always have much to say about the work that I create.

One question that has puzzled me for a long time is the so-called “beholder’s share”. Artists talk so much about the importance of putting meaning into our work, but at the end of the day, that meaning will be completely at the mercy of the given viewer’s experience. People look at art through their own prism and look for ways in which they can relate. The challenge for the artist is to find something universal enough for them to be able to make that connection. I still often struggle with figuring out how I can make SciArt interesting to people outside of biomedical research.

MC: How did you stumble upon the sci-art field?

YZ: When I first considered making microscopy-based art, I felt like I might be a bit of a lunatic. It sounded a bit ridiculous and I thought that no one else would be interested in seeing such a science-art connection. I made a few of my first works and started thinking about where I could find an audience for this type of art. I don’t remember how I stumbled upon it, but I found out about a small exhibition in Brooklyn organized by the SciArt Center. I spoke with several people there and was pleased to find out that there was a whole tribe of people who see the potential of science as an inspirational source for making art. Since then, I have been a part of that online community and even completed a virtual SciArt Center artist residency program along with Darcy Elise Johnson in British Columbia. It has been very eye-opening to follow artists with a similar passion online and see a wide variety of artistic interpretations of biomedical research.

MC: Who are your favorite sci-artists? Why?

It’s funny how I went from thinking that I was a bit crazy to make such art, to finding an entire SciArt community on Instagram. Once you start looking, more and more amazing work comes up. It is also quite fascinating how a very high percentage of sci-artists focus on the field of neuroscience for their inspiration, as I do. One of the very first artists I found out about is Greg Dunn, who makes astonishingly detailed, anatomically correct microetchings of the nervous system. I also greatly enjoy following Laura Bundesen on Instagram, where she shows a wide variety of brain embroidery. Laura uses brain anatomy as a springboard for a multitude of subjects, such as floral patterns, showing the different states of mind that people may experience. Some other accounts that I closely follow are @embroidology, @sew.oddity, and @stitiching_hew, who focus on accurate recreation of neuronal morphology through embroidery. Over the time that I have spent creating my beadwork, I have often wondered about how people define the distinction between art and craft. Embroidery in particular is often thought of as a craft, but that almost feels like it undermines the quality of the work that these artists produce. I believe that such creativity, meticulous detail, and an eye for beauty should undoubtedly qualify as art.

Art is my emotional outlet and my oasis.  I use art to express my feelings and work through life issues.  Come join me on this journey of letting go of control and letting the creative process take over.  You will get access to all of the behind the scenes footage and see the major breakthroughs that translate into new artwork.

Processing…
Success! You're on the list.
Whoops! There was an error and we couldn't process your subscription. Please reload the page and try again.

3 thoughts on “My interview with Convergence Initiative”