“Thinking outside the box” has become a bit of a cliché. But in science it is more important than ever. As the base of human knowledge propels ahead with lightning speed, it takes a special set of skills and knowledge to be on the cutting edge of innovation.

When I was in graduate school, there was a relatively popular depiction of the concept of a Ph.D. You can find the full schematic at “The Illustrated Guide to a Ph.D.”  Briefly, if you imagine the whole pool of human knowledge as a large circle, in elementary school you start out by learning a small subset located at the center. Each step of the educational process, from high school to college and graduate degrees, brings you closer and closer to the outer limits. But with each level of higher education, you also limit your field and specialize. Finally, in graduate school, you push at the boundary and make a tiny, microscopic dent – and that dent is called a Ph.D. While its size and impact, relative to the large picture, may seem laughably minuscule, the key lies in the fact that it managed to break through the limits of the “box” (or circle in this case).

Because of this, science cannot be pursued with a cookie cutter approach. It needs to be innovative, revolutionizing and pushing the limits to achieve real breakthroughs. This concept inspired my most recent project at NeuroBead. To capture this concept, I not only took a flat image of a cell and made it 3 dimensional – reaching beyond the surface at which it was taken; I made it reach outside the boundaries of its frame.

The image that inspired this work was taken at a high magnification (63X). High magnification and resolution usually requires the sacrifice of having a limited field of view. But the elaborate dendritic tree of this beautiful neuron does not end there. It reaches beyond the frame that was forced on it by a microscope. It reaches outside the “box,” to sense its surrounding environment and send signals to its center – the cell body. This feeling of reaching for something beyond the visible first resonated with me when this neuron was tucked into the car during our move, but still reached its dendrites beyond its limits. It looked like an octopus spreading its tentacles and trying to escape from its assigned frame.   It was reaching for the “adjacent possible.” 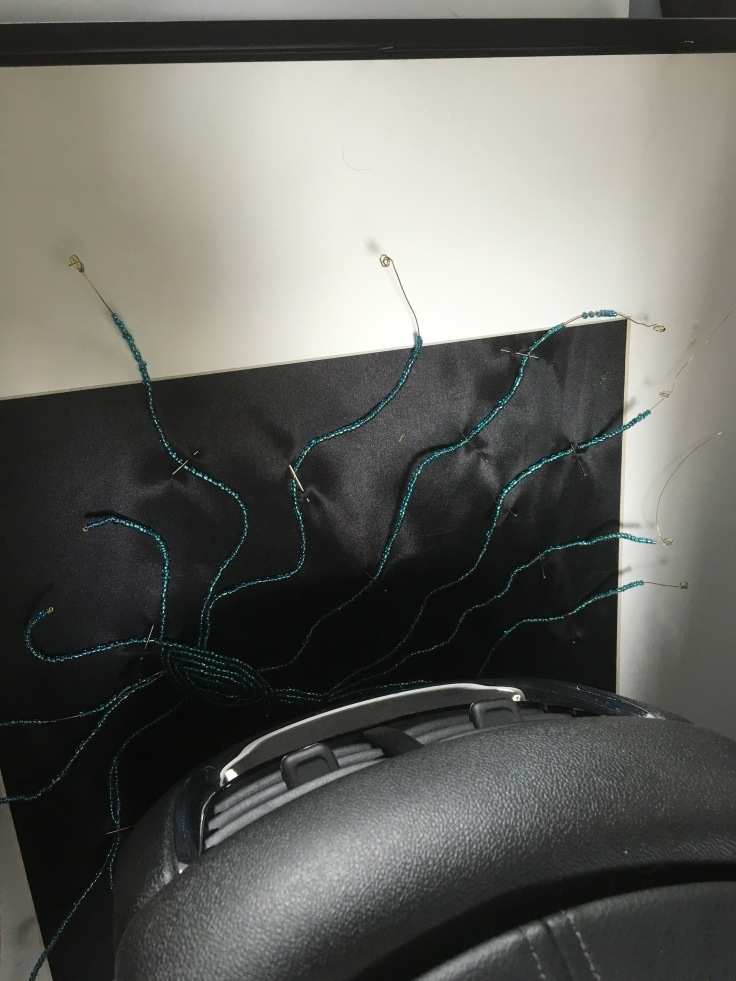 Moreover, this particular confocal image stood out from the majority. The three most traditional colors used in confocal microscopy are blue, red and green. If these colors overlap, or “colocalize”, they can make a new color, such as yellow. These simple colors can create magnificent images in confocal microscopy. But, this particular image was portrayed in cyan and magenta colors that only show up relatively rarely in scientific publications, making this image even more unique.

And check out my Etsy shop for the currently available pieces of wall art inspired by microscopy images!

7 thoughts on “Pushing the envelope – Part I”