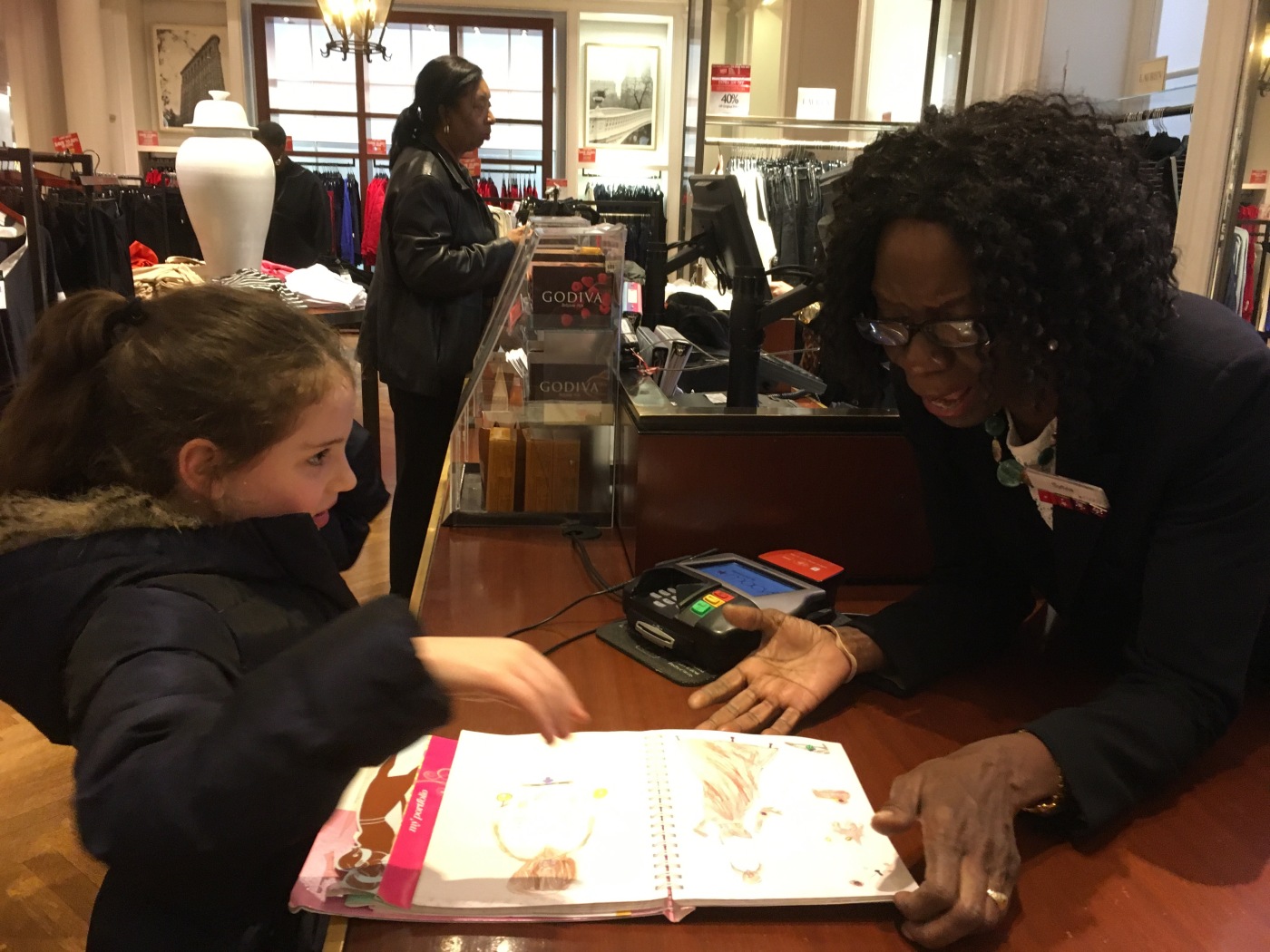 Last Friday, I spent the evening with a group of friends I used to work with during my postdoctoral fellowship. During our training at Mount Sinai, we all attended an entrepreneurship course that led us to working on a project together. We were a group of five female scientists, and whether we wanted it or not, our interactions with other people were sprinkled with light elements of feminism.

Coming from an all girl college, where these views are shared in overdose amounts, I always had a twinge of resistance to such preachings. But whether I like it or not, I found a lot of very similar themes haunting me throughout the journey of developing my career. Not surprisingly, similar topics came up in the conversations during our dinner on Friday. They ranged from women’s leadership courses, to potential preconceived notions about smart and ambitious women, to salaries and promotions. I have read quite a few books on this topic, such as “Lean in” and “Expect to win”, and am relatively well versed on the gender gaps in salaries, promotions and general recognition that women may face in the workplace. But I have always wondered how much of this depends on the individual traits, achievements and ambitions of the person in question.

In any case, such conversations brought the topic to the surface of my consciousness. The following day, I offered to take my daughters to the Macy’s Flower Show. And this is where it got interesting. My older daughter Elza, who just turned 7, has spent the last year drawing a multitude of dresses and outfits. They come pouring out of her and there is very little, if any, repetition. They look like the drawings of a kid her age, but the details and unique features are quite amazing.  A few months ago, she decided to pitch her dress designs to Macy’s. I have no idea what made her idolize his particular department store, but she talked about it all the time. So when I mentioned that we would go to see the Macy’s Flower Show, she jumped at the chance to bring her “Look Book” along. 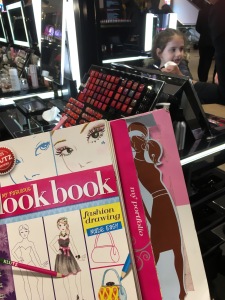 As we walked through the store, she did not pay much attention to the flowers. She was on a mission to find the right person to show her designs to. On the first floor, she made it through the perfume section and headed straight for the Dior makeup stand. She asked me to start a conversation with one of the makeup artists and began showing her drawings. Thankfully, the lady played along, complimented her drawings AND even offered to put some makeup on her. As I was standing nearby and admiring Elza’s courage and determination, the main highlight came. The lady asked Elza what she wanted to be when she grows up. The answer was “I will be a scientist, but fashion design will be my hobby”.  Bingo!  That’s my girl!  It made me feel so emotional in light of the conversations of women’s ambitions from the previous evening! She was not going to pigeonhole herself… 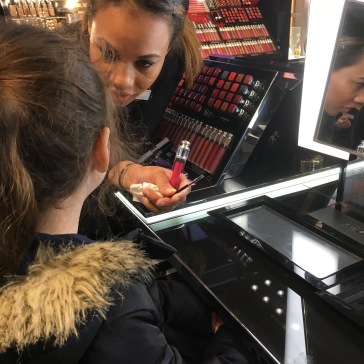 We left the store, but then she realized that she did not get a chance to show her dress designs to anyone.  Inspired by her courage, I made the effort to return to the store and took her to the dress section. The first company we saw was Ralph Lauren.  We waited in line and she told me that she would start the conversation herself this time.  In a very polite manner she asked the lady at register for a minute of her time and showed what she considered to be her best dress drawing.  The lady complimented her and sent her to the “My Stylist” office, where the exercise was repeated.  We walked away after being told to “call the designer to offer her dresses”.  Elza was elated by the idea that after we call the designer “millions of people may wear [her] dress and [she] will become famous”.  And I was beyond proud of her go-getter attitude. 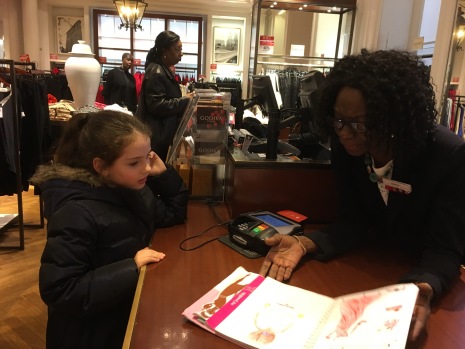 Earlier last week, Elza came home from school and sang us a new song they learned. Two lines from it almost made me tear up:

“So go and write your song

The world will sing along”

It is so symbolic of the opportunities that life offers, as long as you take that first step.  I felt that it was almost more relevant for people of my age, who have become cynical and jaded and don’t make time to dream.  I want my daughters to take this song to heart, follow their dreams, and I will gladly follow that example.

One thought on “The world will sing along”