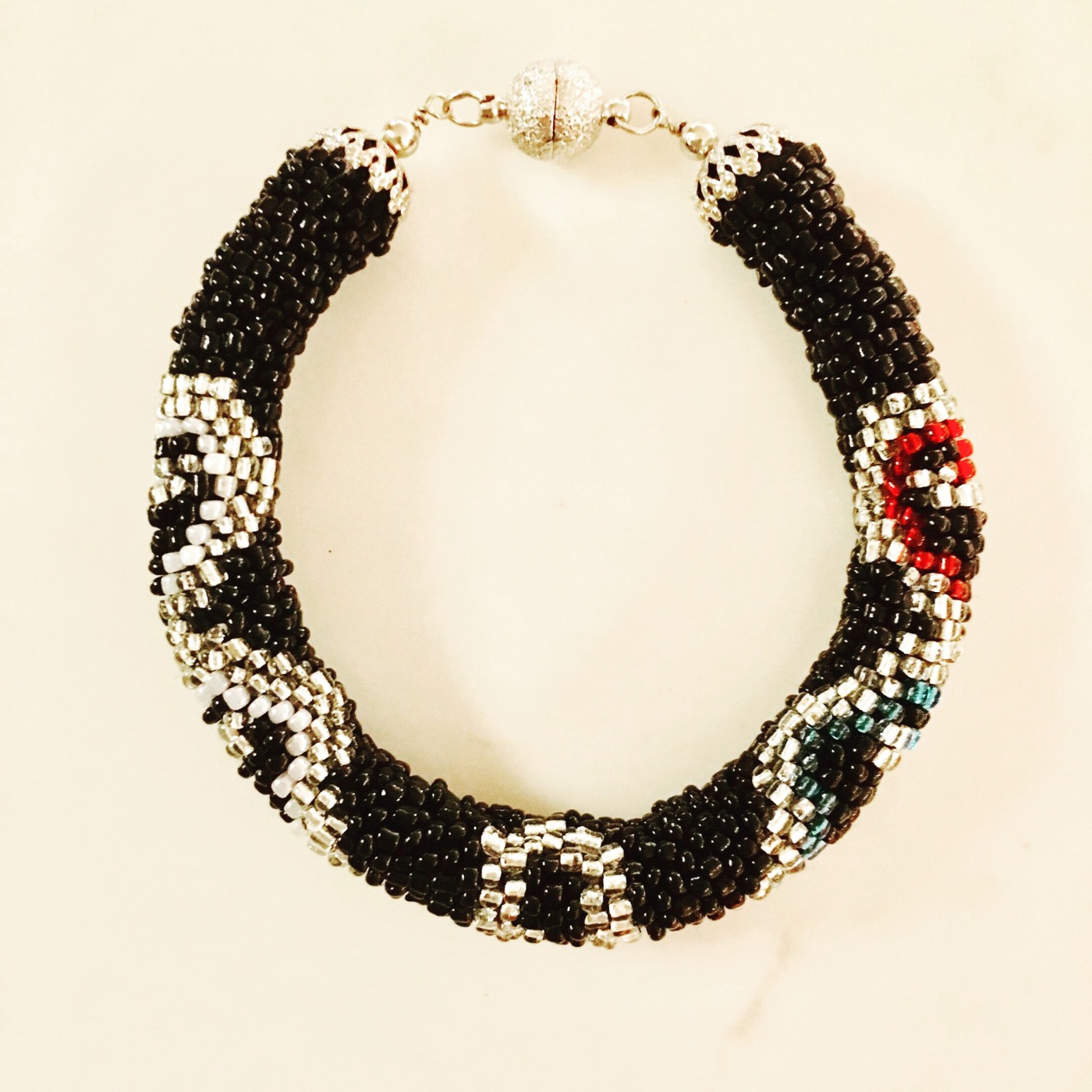 Earlier this year, I wrote about getting involved in creating pieces of art to raise awareness of neurological conditions.  I have made one for epilepsy and acute central nervous system injury.  More recently I was contacted by a former colleague, who asked me to create a jewelry piece to portray dyslexia.  Here is a summary of my earlier post on this topic.

Dyslexia is a learning disorder, characterized primarily by difficulty in learning to read or interpret words, letters, and other symbols.  However, contrary to what some people may assume, it does not have an effect on general intelligence of the individual.  In fact, many people suffering from this condition show high levels of intelligence, creativity, and out-of-the-box thinking.   It is also a trait that is associated with many entrepreneurs, such as the three sharks on Shark Tank.

After multiple attempts at merging scientifically accurate information with communication to the public, we came up with the following beaded bracelet.  Dyslexia is typically represented by a silver ribbon, which is portrayed in the center of the bracelet.  The ends of the ribbon transform into a pattern symbolizing brain gyri. One side is lined with white beads, representing the logical side of the brain. On the other side, the gyri are lined with bright colors, representing the creative side of the brain that is often enhanced in people who have dyslexia. 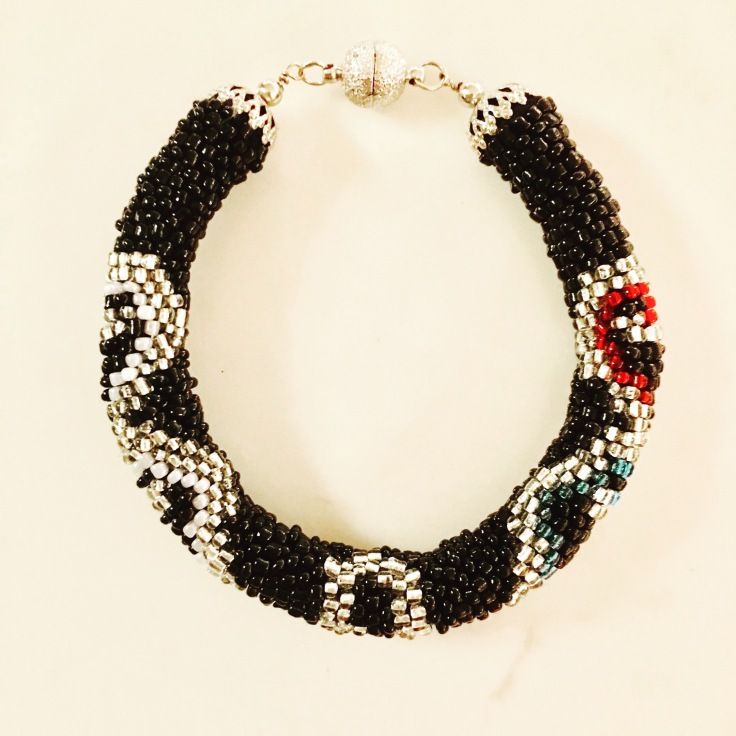 Making such pieces brings me particular joy, as they help raise public awareness of the field of neuroscience, which is near and dear to my heart.  They allow people to portray their conditions in a beautiful way, thereby preventing them from being stigmatized.

The bracelet is available for custom order (in different colors) at my Etsy shop.  I would greatly appreciate if you could spread the word to people who may be interested in this initiative.

One thought on “Dyslexia awareness bracelet”