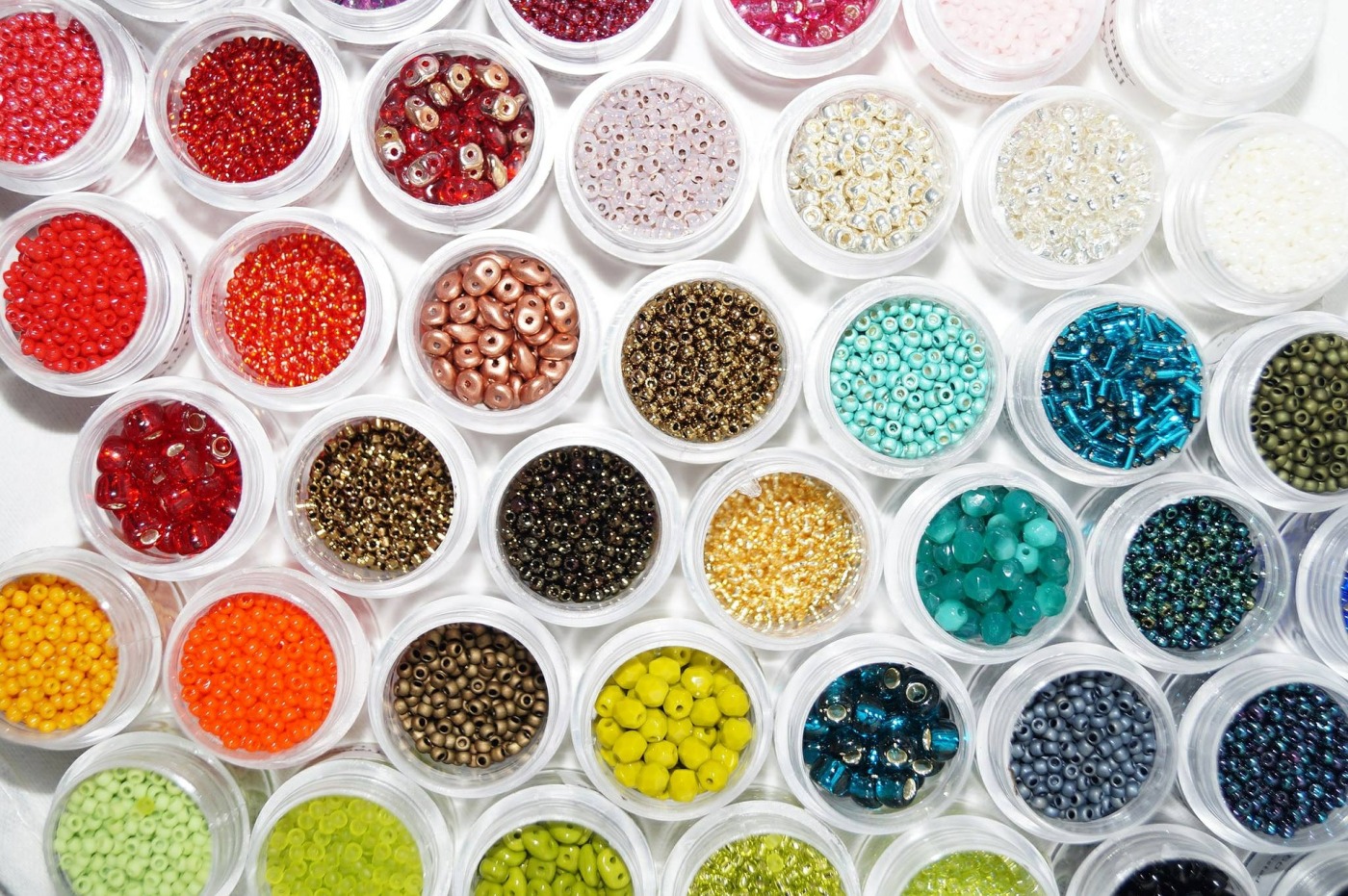 About a month ago, I received some interesting feedback on Instagram that was meant to question the “rights” to beadwork in different cultures.  The authors assumed that beadwork is a very particular type of art that is primarily attributed to Native Americans, as it plays a very important role in their culture.

But are the Indigenous people the only ones with a strong history of beadwork?  I decided to find out more about this topic.

Some of the earliest forms of beadwork were found at archaeological  sites in Africa, Middle East and Sungir (present day Russia), but virtually all continents have extensive bead histories, some of which may date as far back as 300,000 to 100,000 B.C.

The places are listed in no particular order.

Given the context of the debate that made me look into this topic, it was particularly interesting to me that in 1955, a large archaeological site was discovered in Sungir, which is located about 200 kilometers outside of Moscow (which is where I was born).  The human remains found at the site, date back to 34,000 to 30,000 B.C. and show an elaborate burial of an adult male and two adolescents.

The adult’s body was covered with approximately 13,000 beads, primarily made of ivory.  The beads were presumably threaded using sinew or fibers derived from plants, though it was difficult to make solid conclusions, because these materials have deteriorated over time.

In Ancient Egypt, beautiful beadwork was discovered at burial grounds that date back to 14th century B.C.  Amazingly, these sites show some of the earliest forms of glass beads, supplementing the punctured stones, seeds, shells and animal teeth that were more prevalent at the time.

In Kenya, most beads were initially created from clay, wood, bone, copper and brass.  Throughout Africa, beadwork was used to decorate ornamental ceremonial headdresses, tunics, masks and baskets.  When glass beads were introduced to the region through trade, seed beads became a part of materials used for embroidery and embellishments of clothes and other objects.

Many forms of beadwork were used in Ancient Greece, Turkey and the Roman Empire, where beads were applied to decorate items used for religious ceremonies. Around 14th century, Murano glass beads became popular in Italy, and along with pearls were used to decorate the clothing of the wealthy during the Renaissance.

Pakistan, Nepal, Afghanistan, Tibet and India also have a rich history of beads.  India began making and exporting stone beads as early as 2000 B.C. From there, beads slowly began to spread to East and Southeast Asia.  In Japan, beads were frequently used to decorate clothing and weapons.

In Phillipines, glass beads were used as an indication of social and economic status and the owner’s wealth in the community. Many gold beads were discovered at archaeological sites, suggesting important influences of gold mining in the region.

Interestingly, seed beads were introduced to Native Americans through European trade in the mid-1800s.  These led to an expanded repertoire of patterns, among which floral designs became particularly popular.  Bead embroidery was used to ornament thigh boots, capes and tunics.

These are just a few examples, but I am sure that a lot more can be uncovered when we look deeper into this subject. But even with this high level view, it appears that beadwork has been used all over the world, ranging from ancient traditions in different countries to a lot of cross-pollination across cultures and continents.  Each culture has its own specific techniques and prevalent designs, which make their work unique and beautiful.

#Beadwork has been used all over the world, ranging from ancient traditions in different countries to a lot of cross-pollination across cultures and continents.

Art is my emotional outlet and my oasis.  I use art to express my feelings and work through life issues.  Come join me on this journey of letting go of control and letting the creative process take over.  You will get access to all of the behind the scenes footage and see the major breakthroughs that translate into new artwork.

Processing…
Success! You're on the list.
Whoops! There was an error and we couldn't process your subscription. Please reload the page and try again.